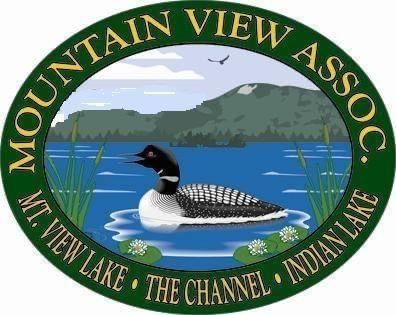 The Mountain View Association was originally established in 1907 with the purpose of addressing concerns related to State Dam on the Salmon River that created the Mountain View Lake, Indian Lake and the Channel.  At the time that the Association was created, the dam was already 50 years old and in need of many repairs.  The Association has over its long and proud history worked closely with the Town of Bellmont to make certain that the State Dam has been kept in good working condition.  Indeed, in the 1990s, the Association worked with the Town of Bellmont to gain approval from the State of New York to replace the gates of the State Dam that control the flow of water.  As those with camps along the lake know, the properly functioning gates have allowed for the control of the water level that is necessary to maintain summer lake levels and year-round safety for those who live downstream.

The Association has spent a great deal of time and effort in trying to ensure that our lakes stay clean and healthy so that we and future generations may enjoy it.  Specifically, over the last 15 or so years, the Association has been working to address the encroachment of invasive, non-native weeds into Mountain View Lake, Indian Lake and the Channel.    These weeds, most notably, Eurasian water milfoil, if not kept in check, can readily choke off the lakes.  This in turn can effect native species, both flora and fauna, and have a significant negative impact on the beauty and recreational opportunities the lakes afford.  The work to keep these weeds under control has proven to be expensive and has been the focus of the Association's fundraising efforts in the 21st Century.  In 2010, the Association established the Legacy Fund to raise monies to support efforts to remove invasive species of weeds in Mountain View Lake, Indian Lake and the Channel and to otherwise improve the quality of the water in these waterways.  (More information on the Legacy Fund can be found via a link on the home page of this website).

In addition to the work to preserve and protect Mountain View Lake, Indian Lake and the Channel, the Association has been a strong supporter of the greater Mountain View / Owls Head / Town of Bellmont community.  We have been involved in the community in a variety of ways: bringing electricity and telephone lines "up the mountain" in the early 20th century; assisting in dam repair and maintenance in the later part of the 20th century; helping assure healthy and clean water bodies for all to enjoy in the new millennium; and supporting local community organizations (i.e., Town of Bellmont Food Pantry and 4H Overlook Camp).

The Mountain View Association Board of Directors is a dedicated group of volunteers who give their time to serve the members of the Association while focusing on preservation of the lakes and channel and the surrounding environment and community.   The MVA By-Laws have term limits which result in a gradual turn-over in Board membership.  Each member is now permitted to serve two consecutive four-year terms.  At the conclusion of those terms, an individual may once again become a member of the board following an absence of at least one year.

You may be interested in becoming a member of the Board of Directors, or you may know of someone who would be a valuable addition to the Board.  Below you will find a link to a nomination form that you can use to nominate either yourself or someone else.  Please give thoughtful consideration to this, as the MVA Board of Directors -- as well as the Association in its entirety -- always needs individuals who can work collaboratively for the benefit of us all.

Apply to the Board of Directors, or Nominate a community member here!